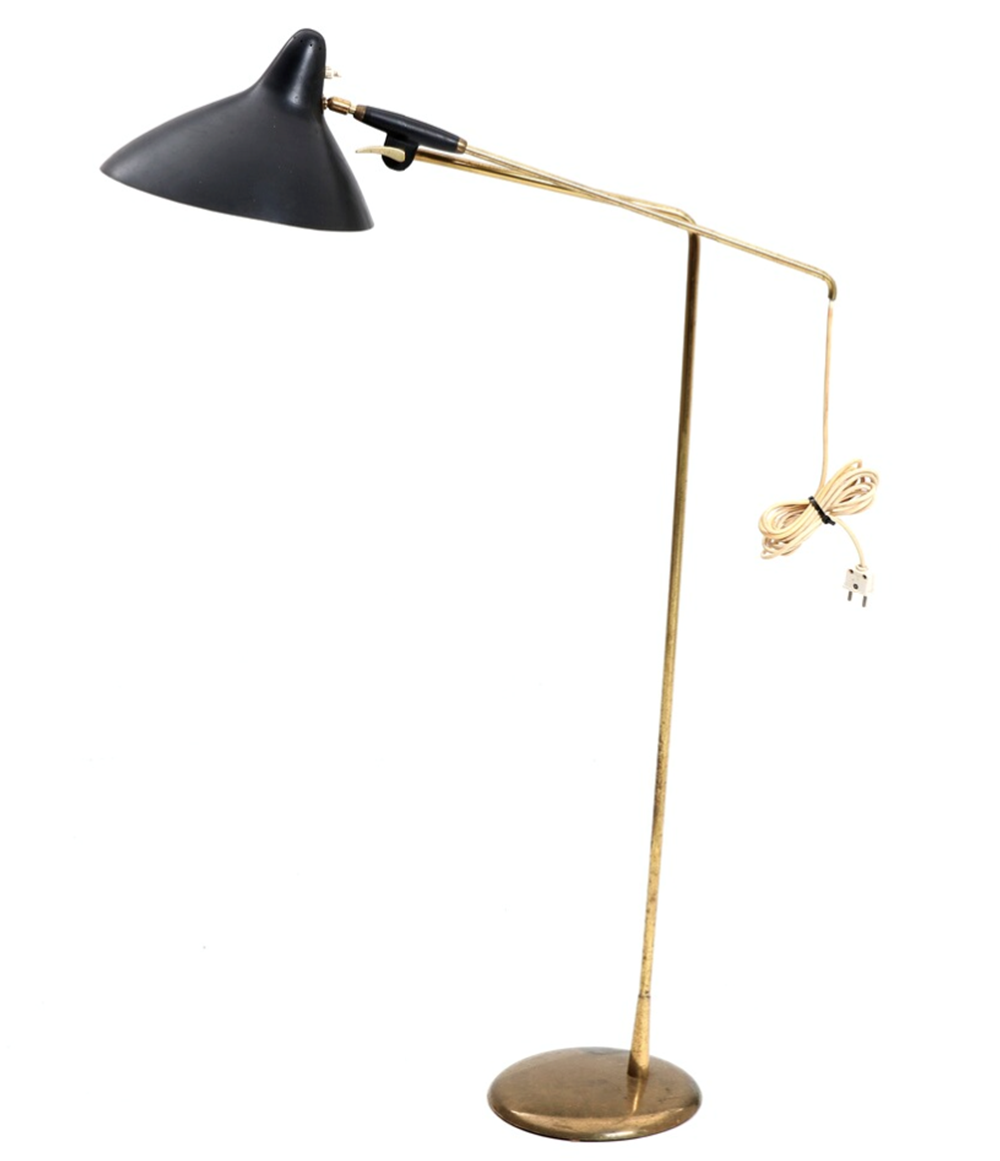 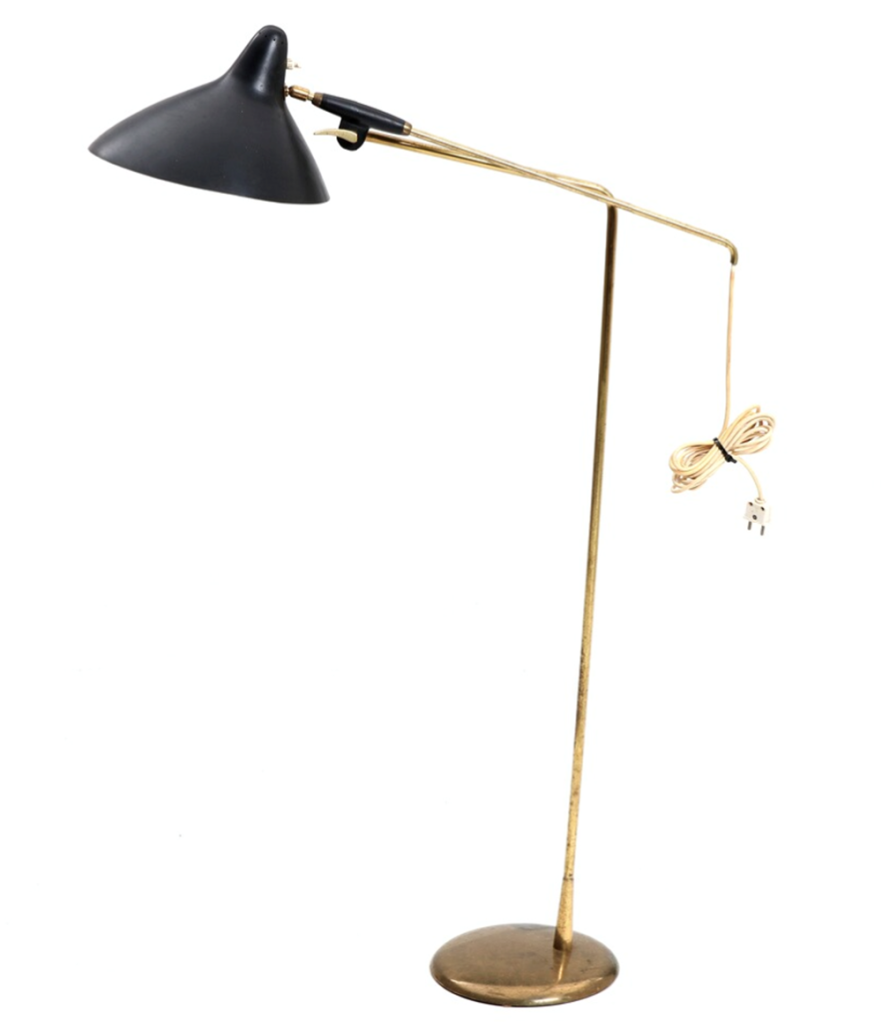 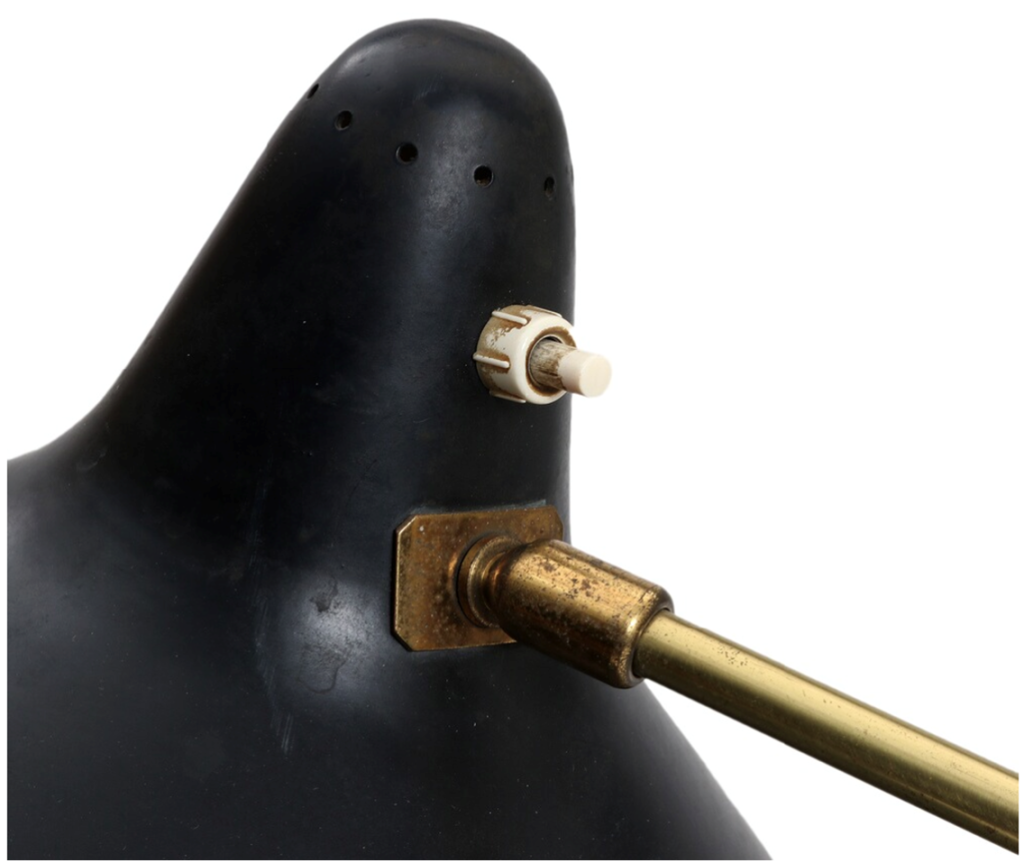 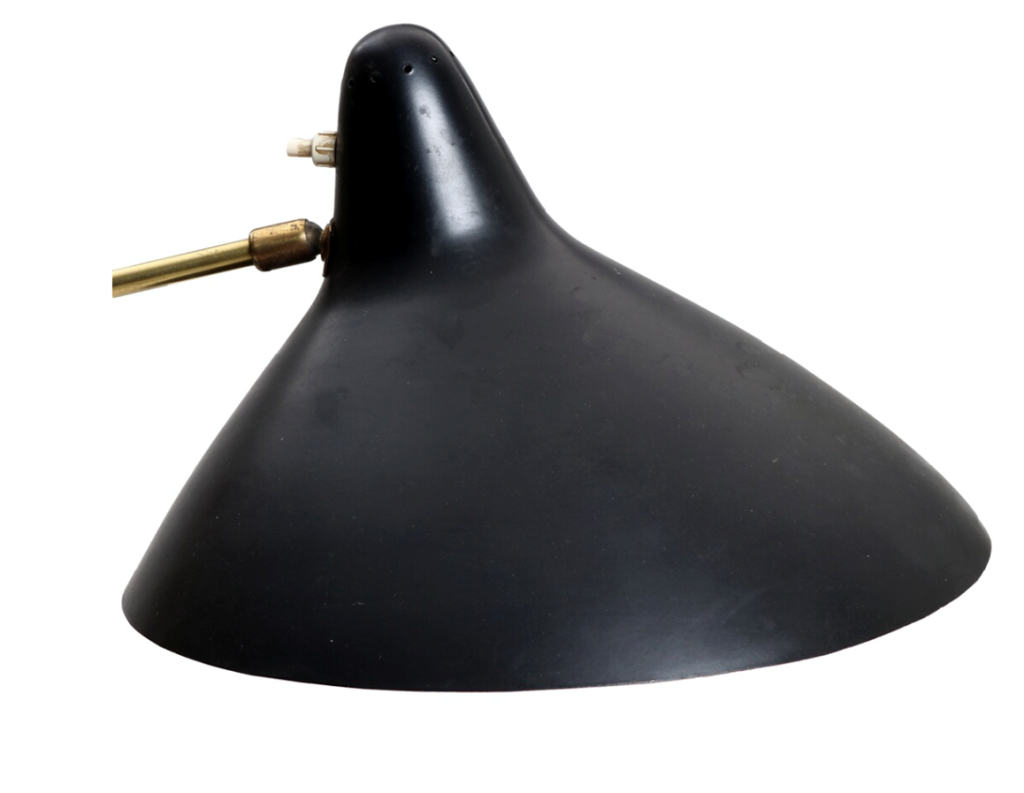 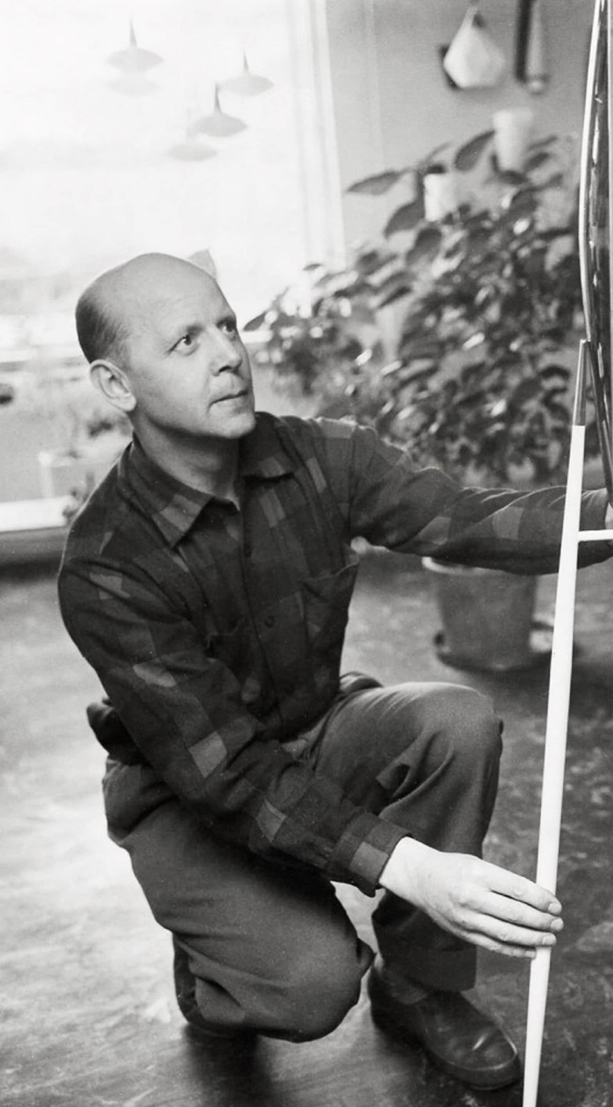 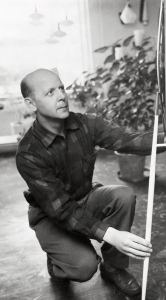 Danish designer Svend Aage Holm Sørensen (1913-2004) is known for his self-produced lighting designs dating from the 1950s, ‘60s and ‘70s. Despite the desirability of his designs on the vintage market, there is a lack of biographical information on the designer and his eponymous manufacturing company.

It is speculated that Holm Sørensen designed lights for well-known Danish lighting manufacturers Fog & Mørup andLyfa in the 1950s, before establishing his own lighting company, Holm Sørensen A/S to produce and distribute his own designs.

Holm Sørensen’s style varies greatly, with designs from the 1950s truly reflecting the mid-century modern lighting style, with clear influences from the De Stijl and Bauhaus movements. His attenuated floor and table lamps contain the classic tri-pod base that was popular at the time, referencing such designs as H. Th. J. A. Busquet´s Pinocchio Lamp from 1954.

From the 1960s onwards, Holm Sørensen’s style changed utterly. His designs diverged from colorful, geometric table lamps and floor lamps, to pendants with unfinished brass and copper surfaces. These pendant lamps showcase Holm Sørensen’s interpretation of the Brutalist style, which was popular from the 1950s to the mid-70s. Originally coined by the Swedish architect Hans Asplund, the style  was internationally espoused by many iconic designers, including Le Corbusier.