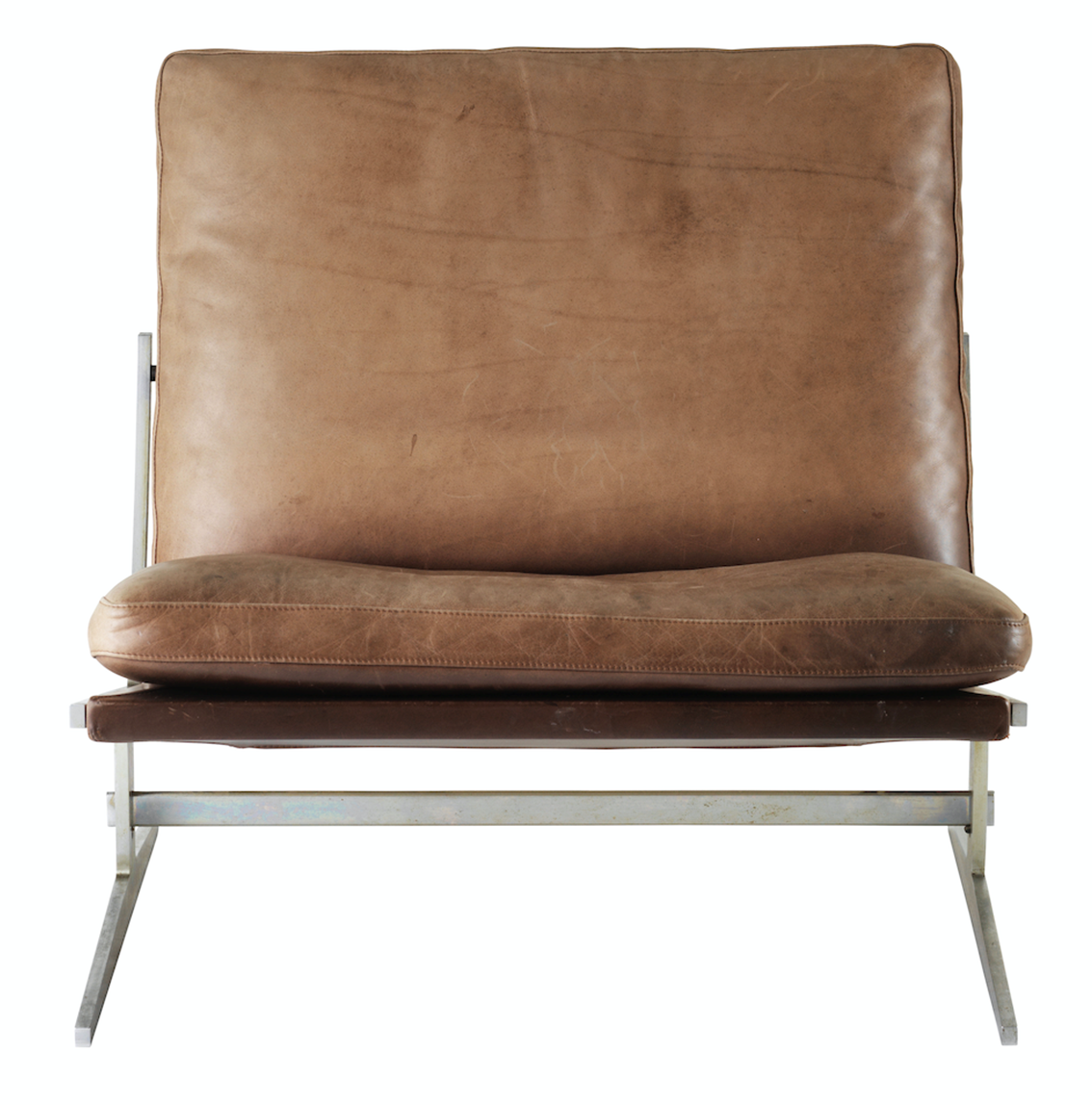 Freestanding lounge chair with matte steel frame. Back and loose cushions in seat and back upholstered by Ivan Schlechter with patinated brown leather. Model BO-561. Designed 1963. This example manufactured 1960s by BO-EX. 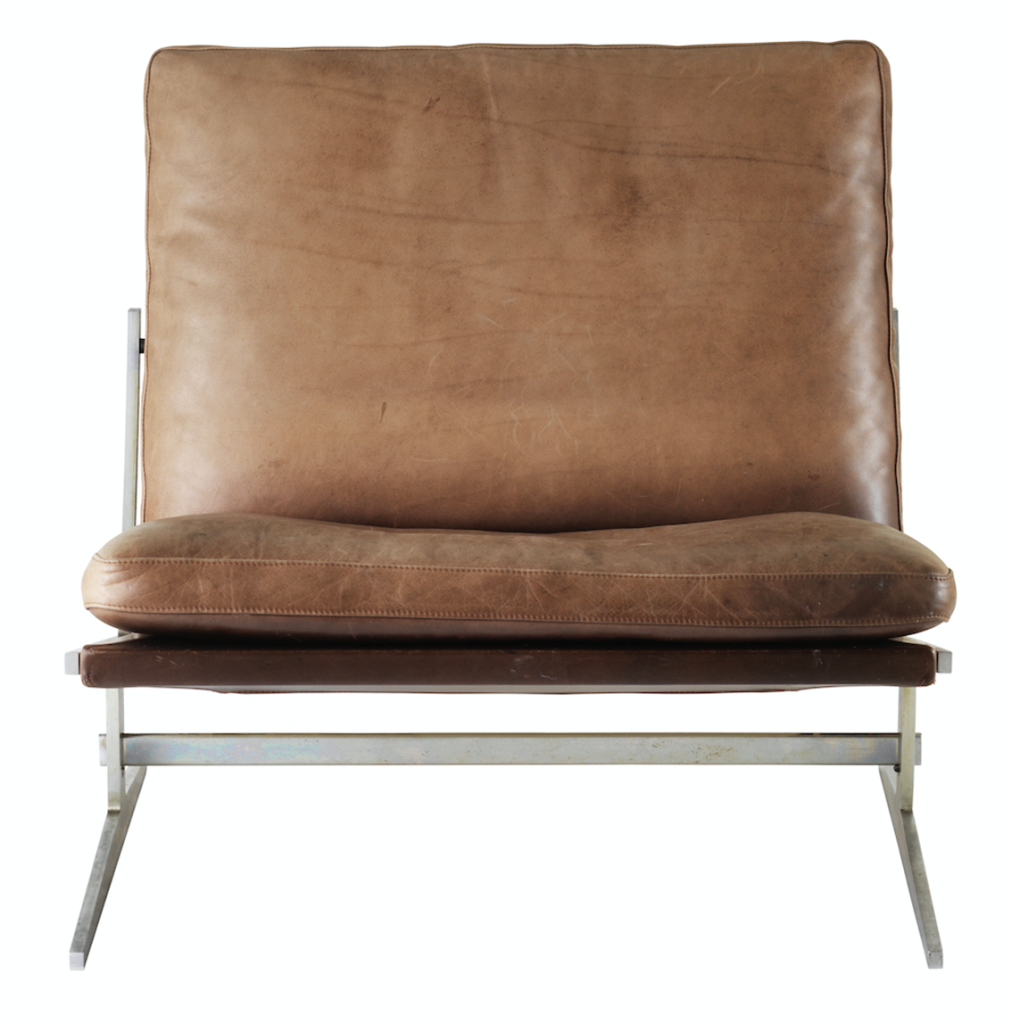 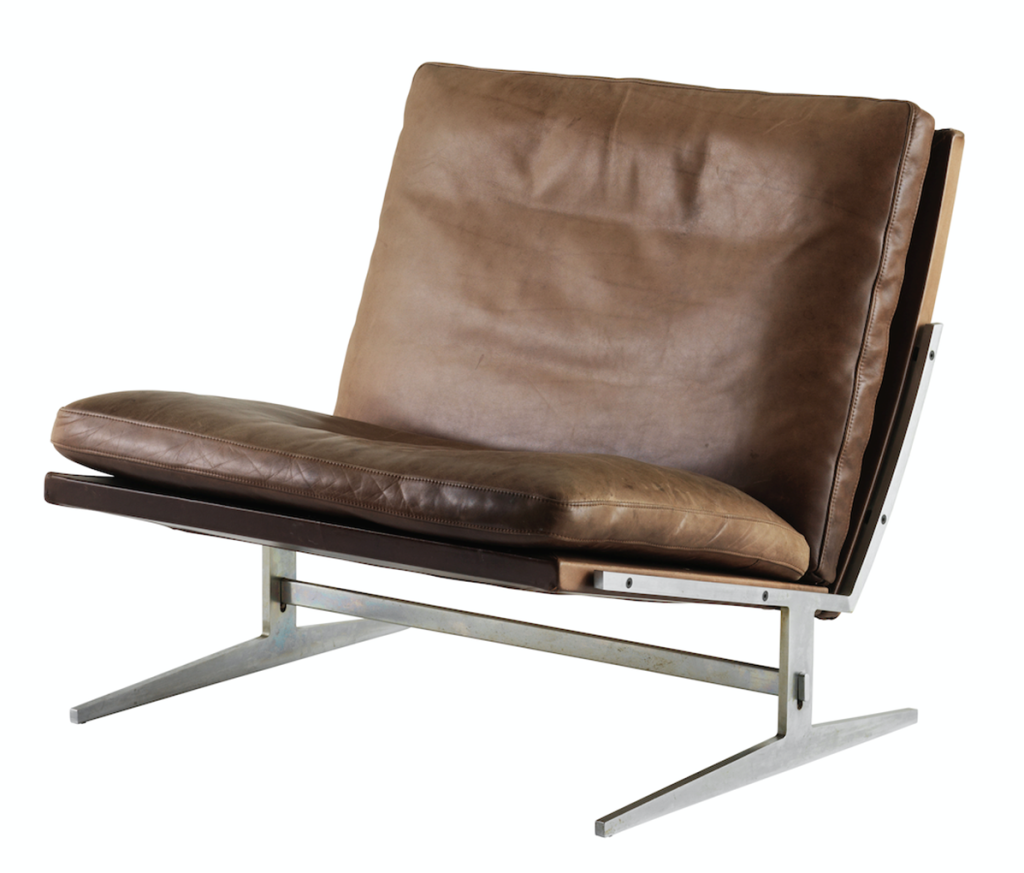 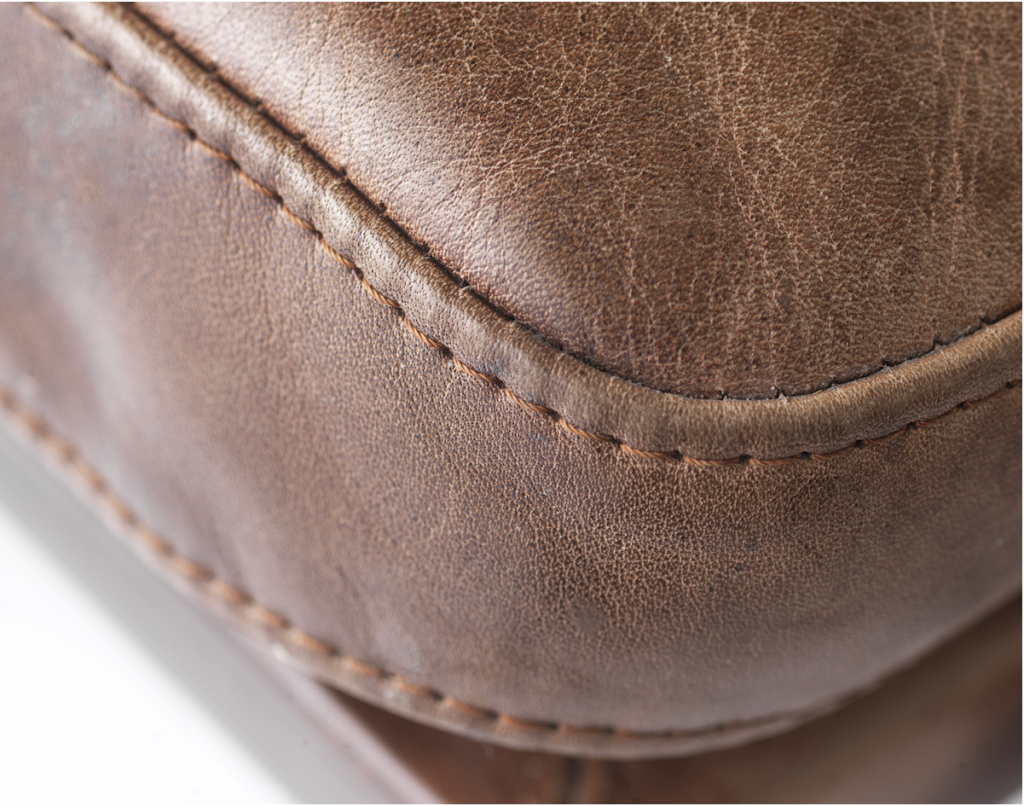 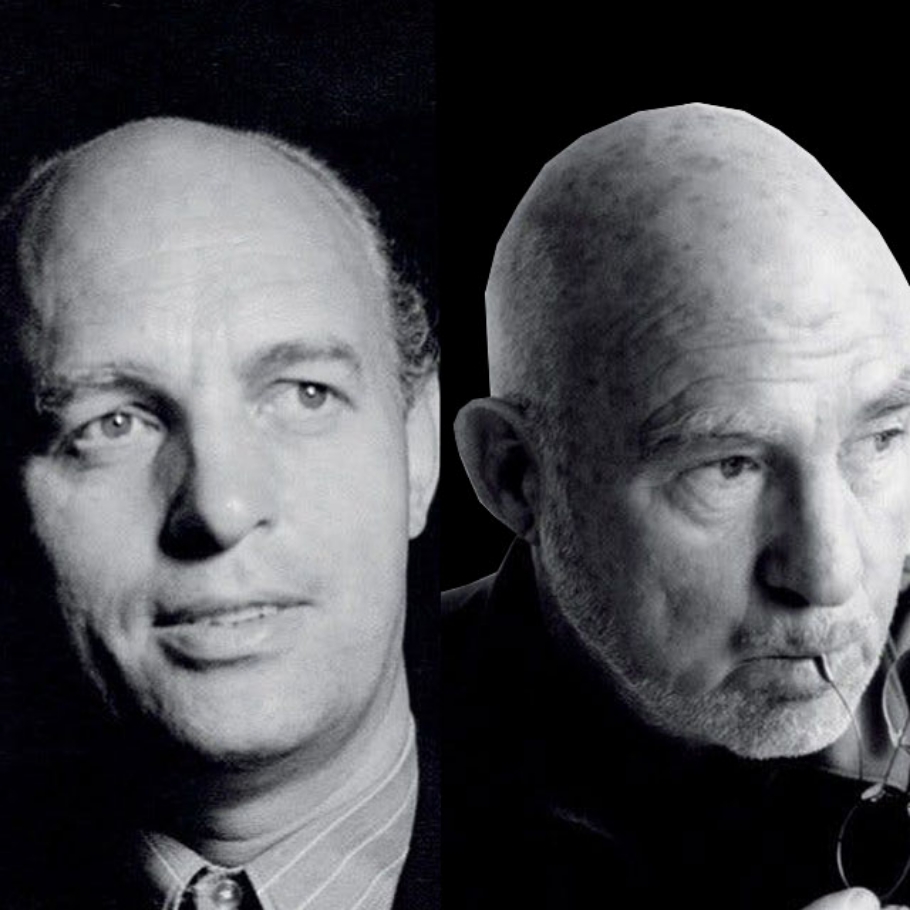 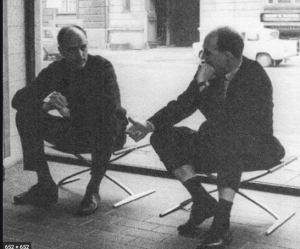 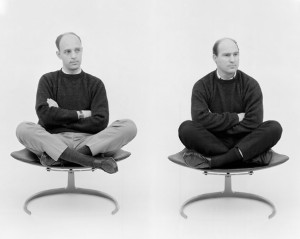 Preben Fabricius (1931-1984) and Jørgen Kastholm (1931-2007) founded a design studio, Fabricius & Kastholm, together in 1961. The Danish designers met while studying interior design and desired to create timeless functional designs that were simple and had the aesthetic of minimalism. Fabricius and Kastholm primarily created pieces with leather, glass, or steel; they found inspiration in the sturdiness of Scandinavian designs in the sixties. In 1969, the pair was awarded the German Gute Form prize for the famous FK 87 Grasshopper Chair and the FK armchairs.