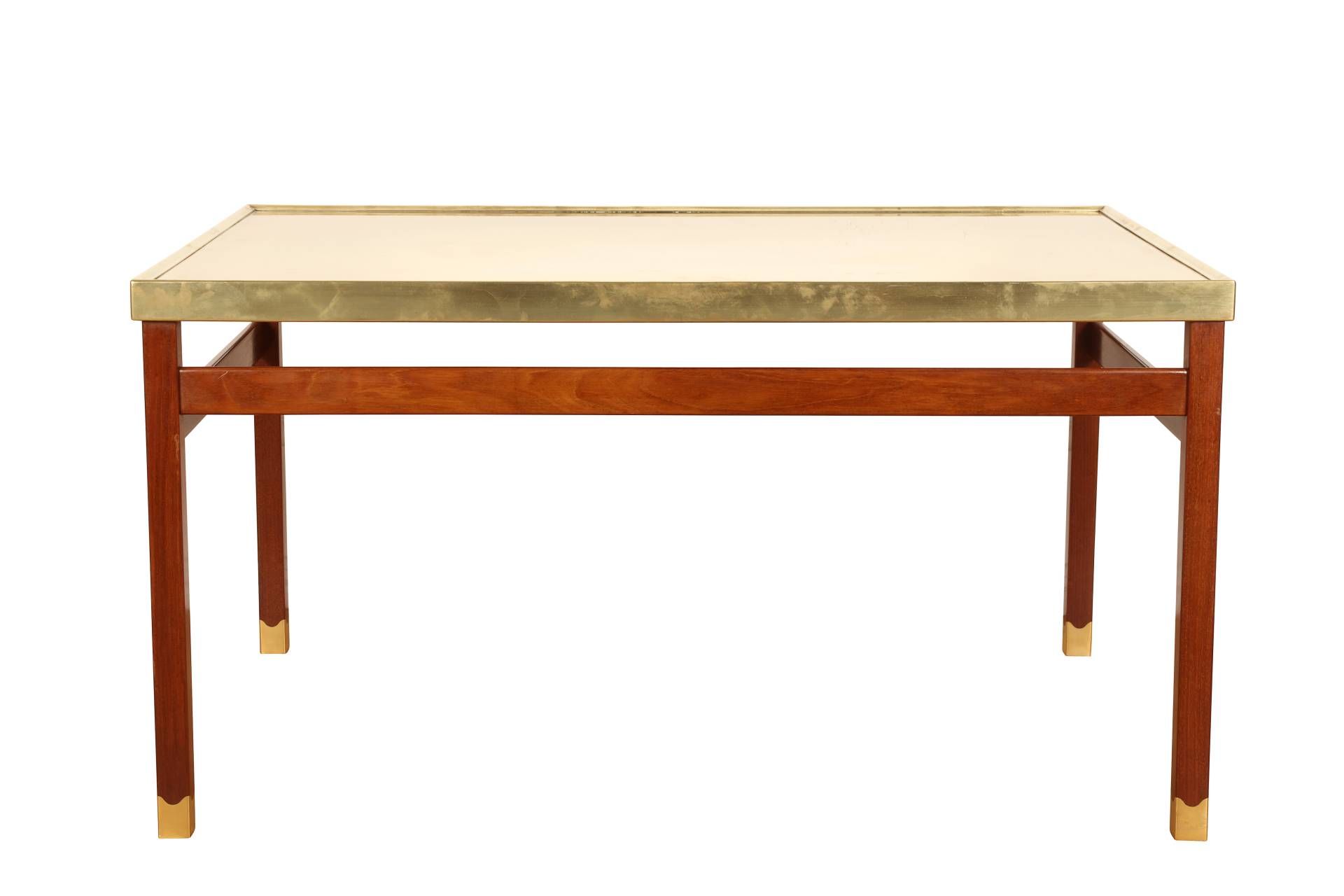 History:
In 1940 Baron Mogens Wedell-Wedellsborg acquired the residence on Skovgårdsvej. Before moving in he had a number of changes made. The remodelling was managed by architect Acton Bjørn who also designed a number of pieces of furniture for Wedell-Wedellsborg’s new home including this brass and Cuban mahogany coffee table. The above has been confirmed by the widow of Acton Bjørn.

The table is pictured in the hall of the Skovgårdsvej villa and referred to on page 55. 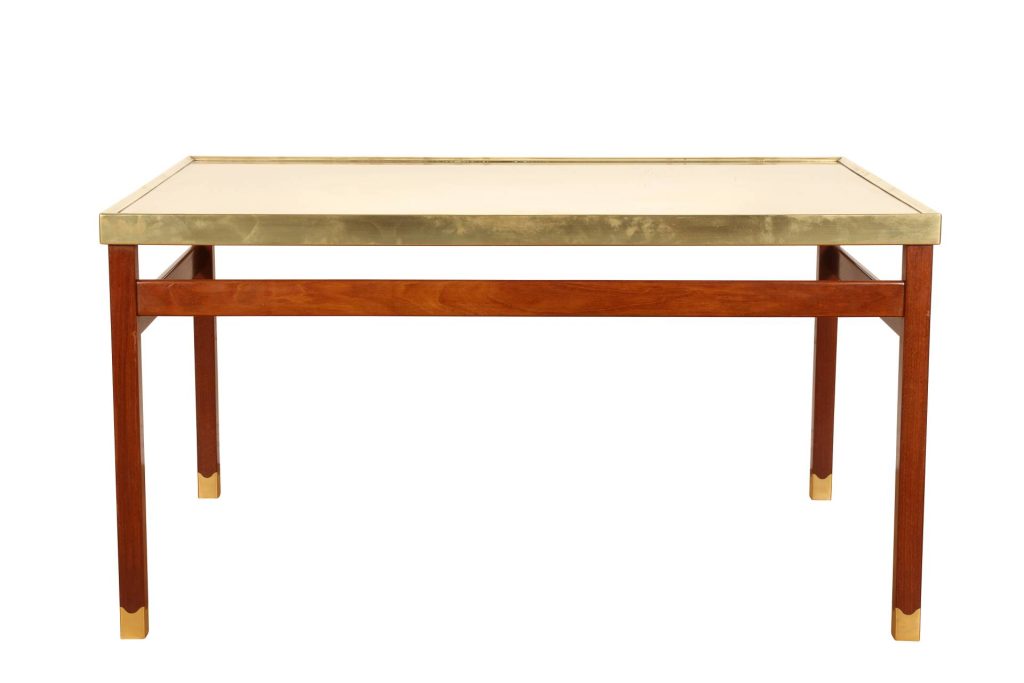 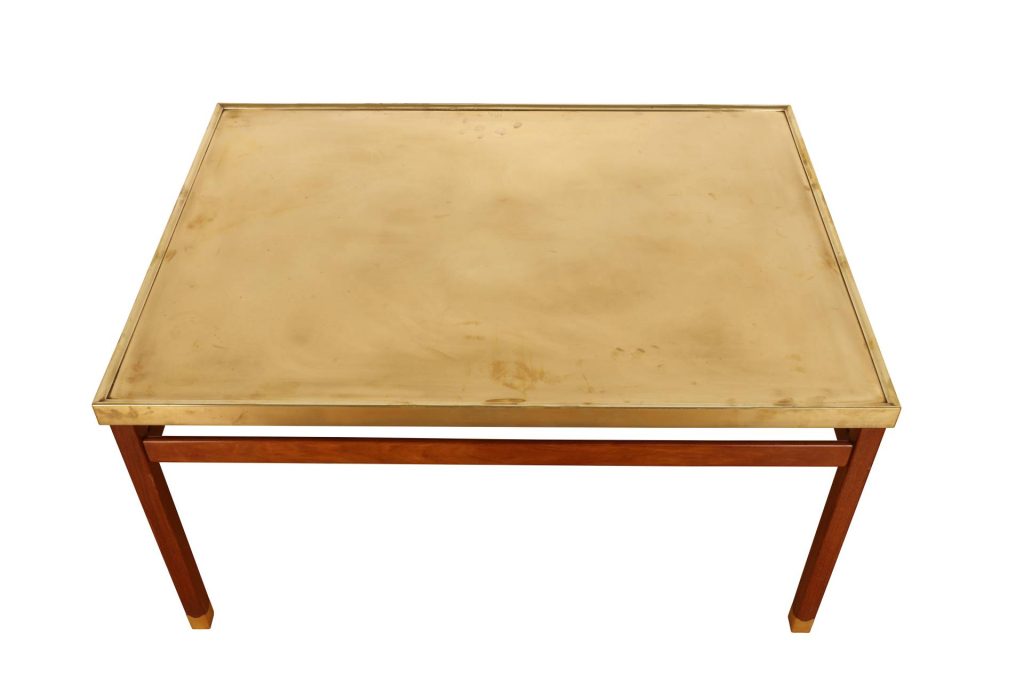 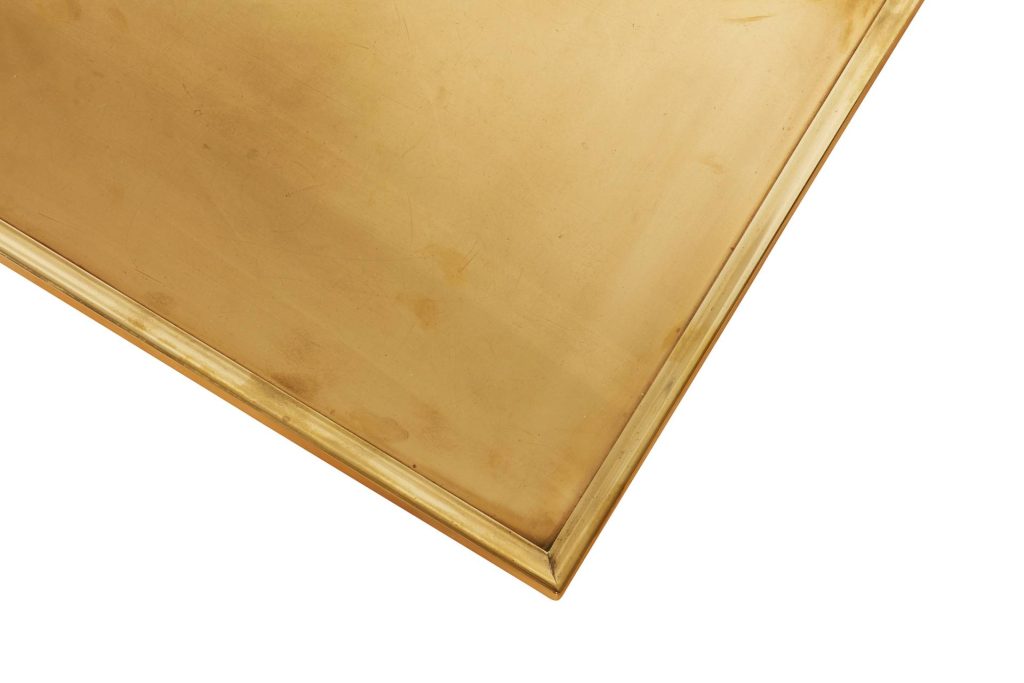 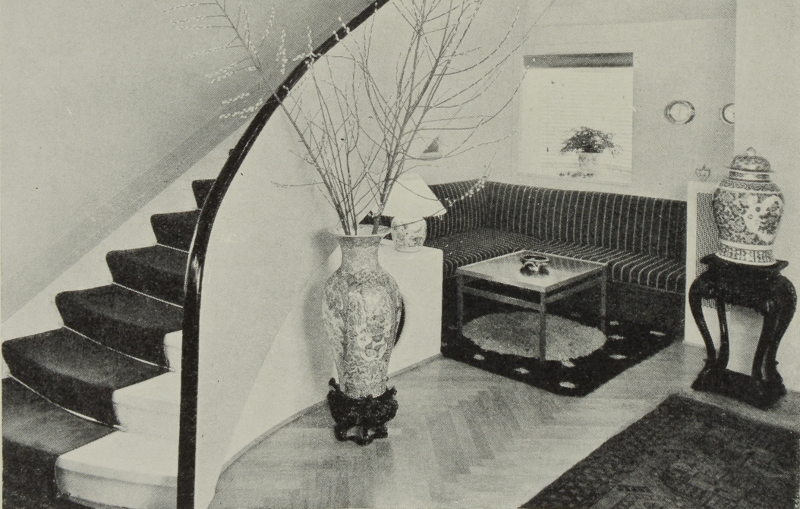 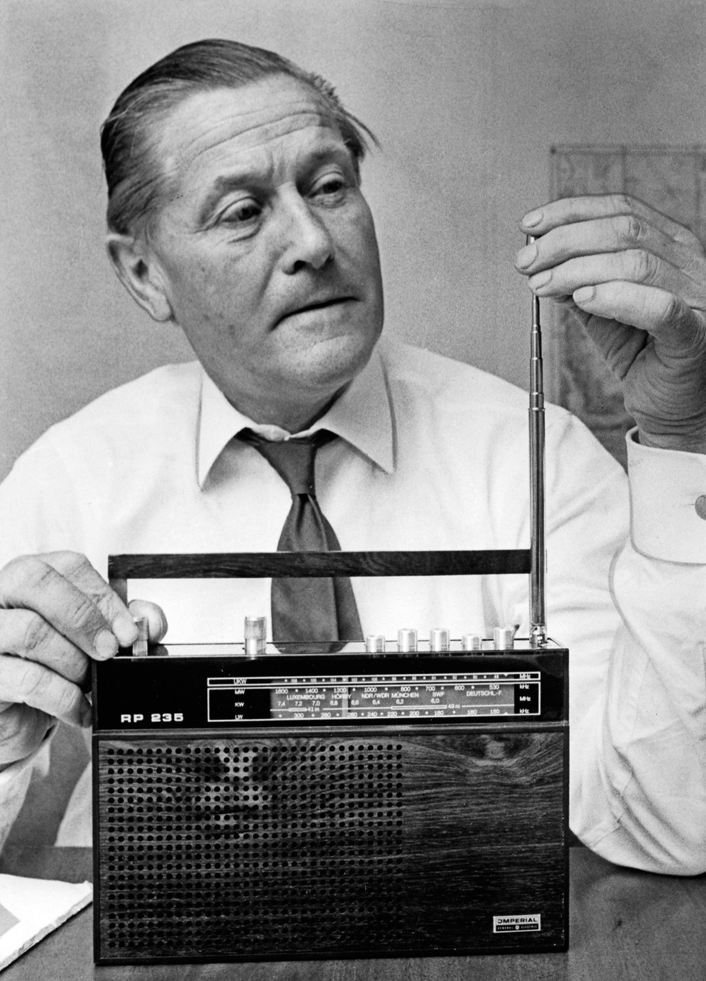 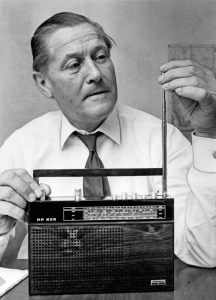 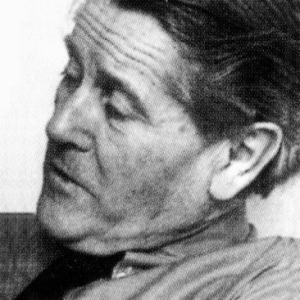 Bjørn went to the Technical Society’s School 1926-30 and graduated as a carpenter in 1931 and graduated from the Academy of Fine Arts’ School of Architecture in 1933. He then participated in the construction of the residential building Blidah Park in Hellerup together with Ivar Bentsen and Jørgen Berg. He was also employed in surveying work for the Royal Danish Garden Society and as an employee of architect Vilhelm Lauritzen.

During World War II, he began to draw i.a. furniture and wallpaper. In 1947, he was employed for six months at Vattenbyggnadsbyrån (VBB) in Stockholm with a view to controlling the installation of Malene Bjørn’s fitting of two Boeing aircraft for SAS in the United States.

Later, together with Sigvard Bernadotte, he established (1950) the first Scandinavian design studio dedicated to industrial design. Berndotte & Bjørn became known for products in metal and plastic in many areas, but they became especially known for the Margrethe bowl, produced by Rosti from 1955 and exported to most of the world. Internationally, Bernadotte & Bjørn also became known for the design of typewriters and calculators for the manufacturers Facit, Original-Odhner and Contex. From 1966 to 1990, Acton Bjørn ran the design studio alone.