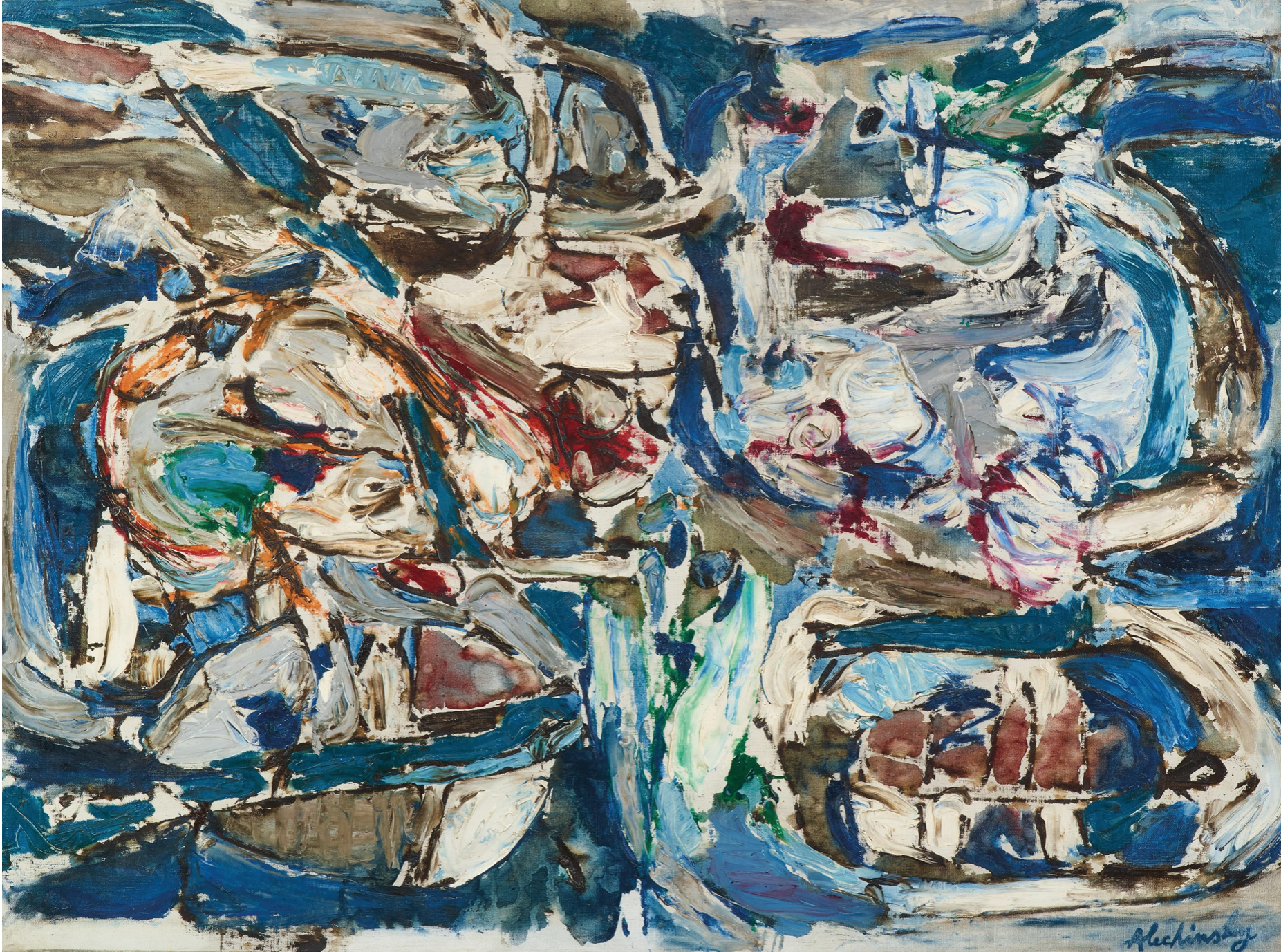 Les inondés from the year 1959 shows a tangled mess on a wide canvas. The flood rolls towards the viewer and draws him into the pictorial space. Dynamism and plasticity are evoked by the impasto brush strokes, the finer black lines and the spontaneous application of paint. Alechinsky works quickly and intuitively, applying different textures to the canvas, even using the brush handle to scratch graphic patterns into the pasty paint. The preference for graphic patterns is evident in the thick colour fields framed by black lines, which gives the painting a very special kind of vitality.

The composition is oriented towards the middle — as would later become customary in the so-called “remarques marginales”. The “Marginal Notes” (1965 onwards) show a central motif painted with acrylic on paper and delimited on all sides by an ink drawing. The completed canvas is later mounted on a frame. In the compositional arrangement of the pictorial elements, Les inondés anticipates the method of marginal annotations, with semicircular strokes directed towards the centre of the picture, which turns home to clusters of black lines on red and white colour fields. The impasto effect is whittled out towards the outside, the colour application turning nearly into a glaze.

“When I paint, I liberate monsters . . . They are the manifestations of all the doubts, searches and groping for meaning and expression which all artists experience . . . One does not choose the content, one submits to it.”
Pierre Alechinsky

This work is accompanied by a photo-certificate of authenticity signed by the artist. 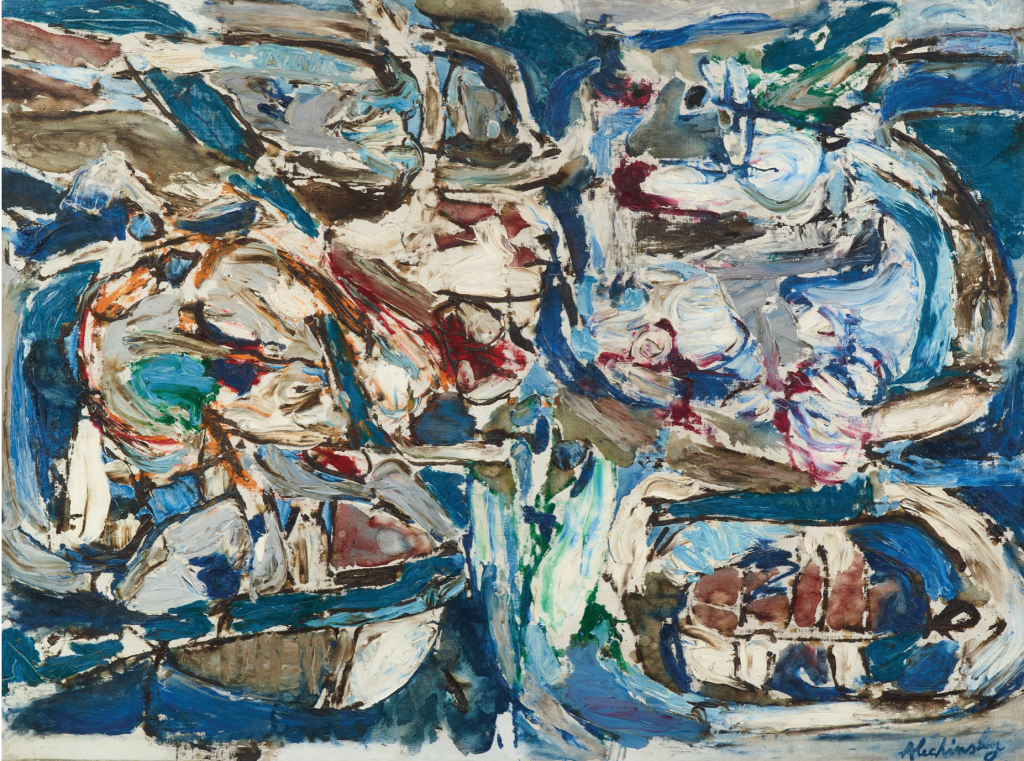 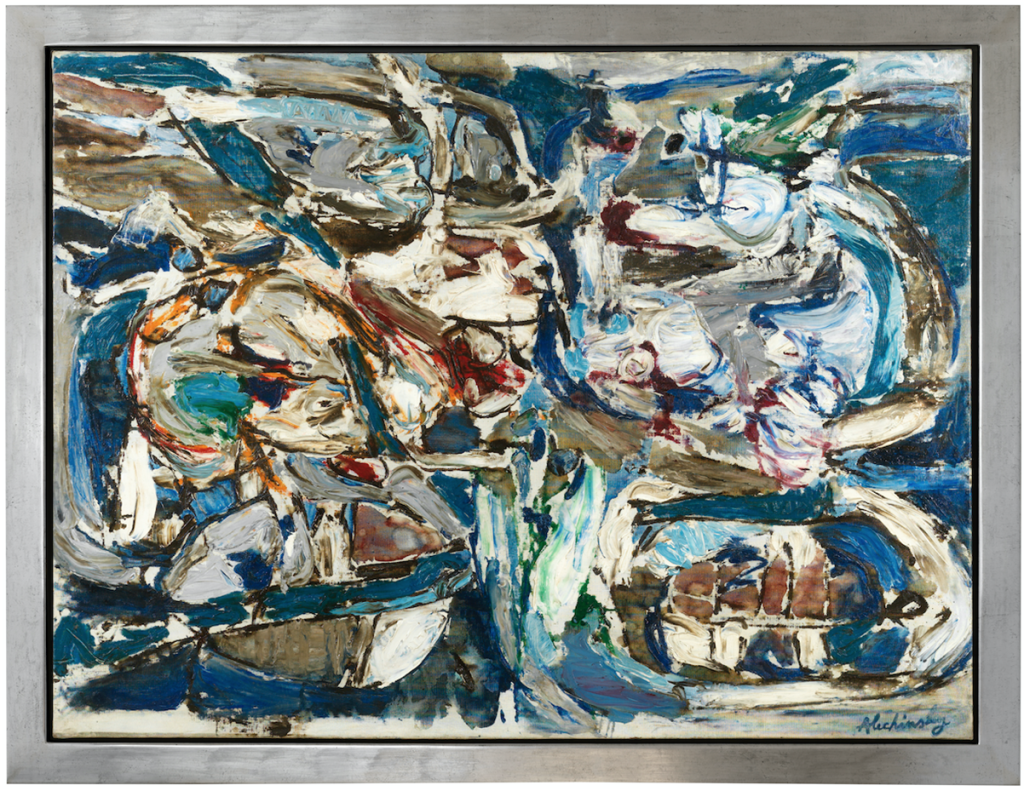 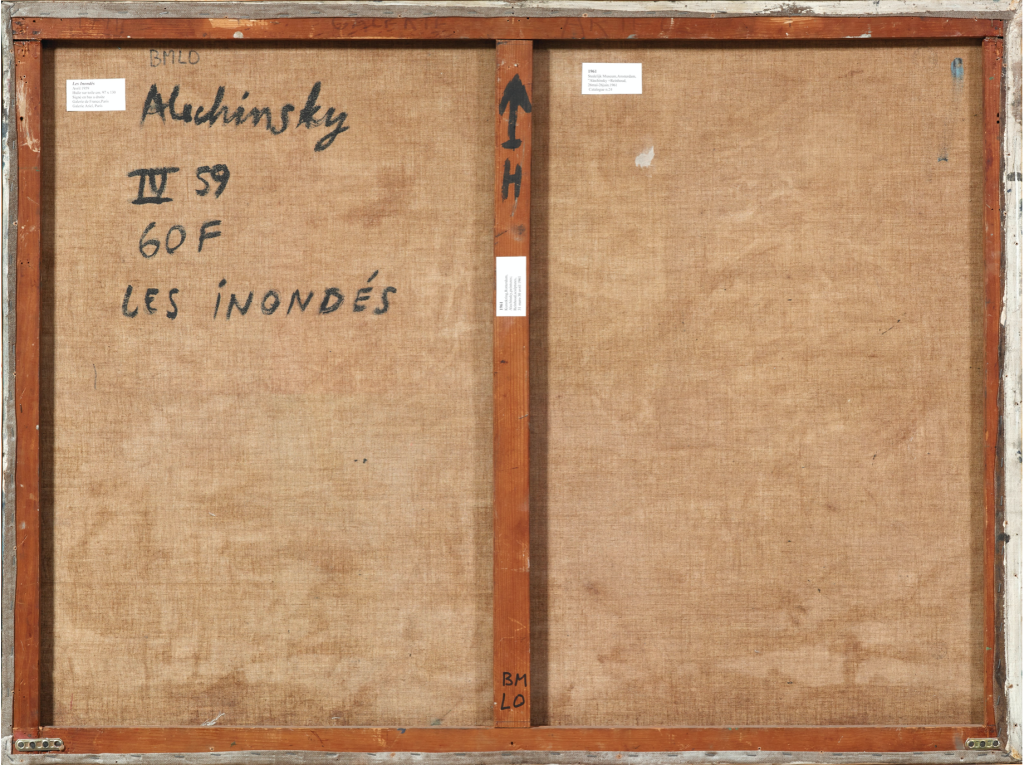 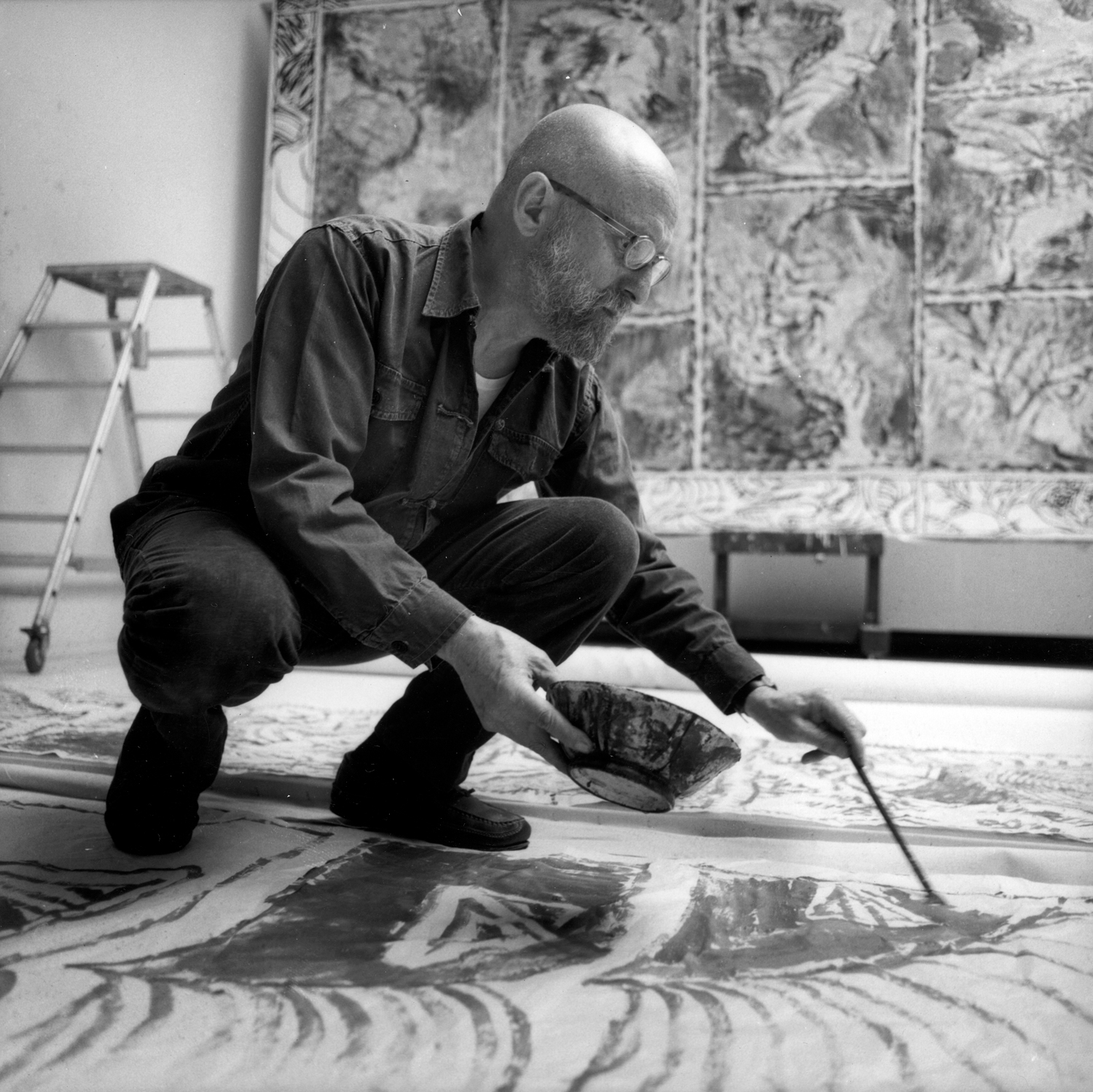 In 1949 Alechinsky joined Christian Dotremont, Karel Appel and Asger Jorn to form the avant-garde movement COBRA. He participated actively at the exhibitions and later went to Paris to study engraving with Stanley William Hayter in 1951.

In 1954 Alechingsky had his first exhibition in Paris and started to become interested in oriental calligraphy. His paintings are related to Tachisme, Abstract expressionism, and Lyrical Abstraction. By 1960 Alechinsky had exhibited in London, Berne and at the Venice Biennial, and then in Pittsburgh, New York, Amsterdam and Denmark as his international reputation grew. He worked with Wallace Ting and continued to be close to Christian Dotremont.

In 1983 he became Professor of painting at the École nationale supérieure des Beaux-Arts, Paris and in 1994 he was awarded an honorary doctorate by the Free University of Brussels.