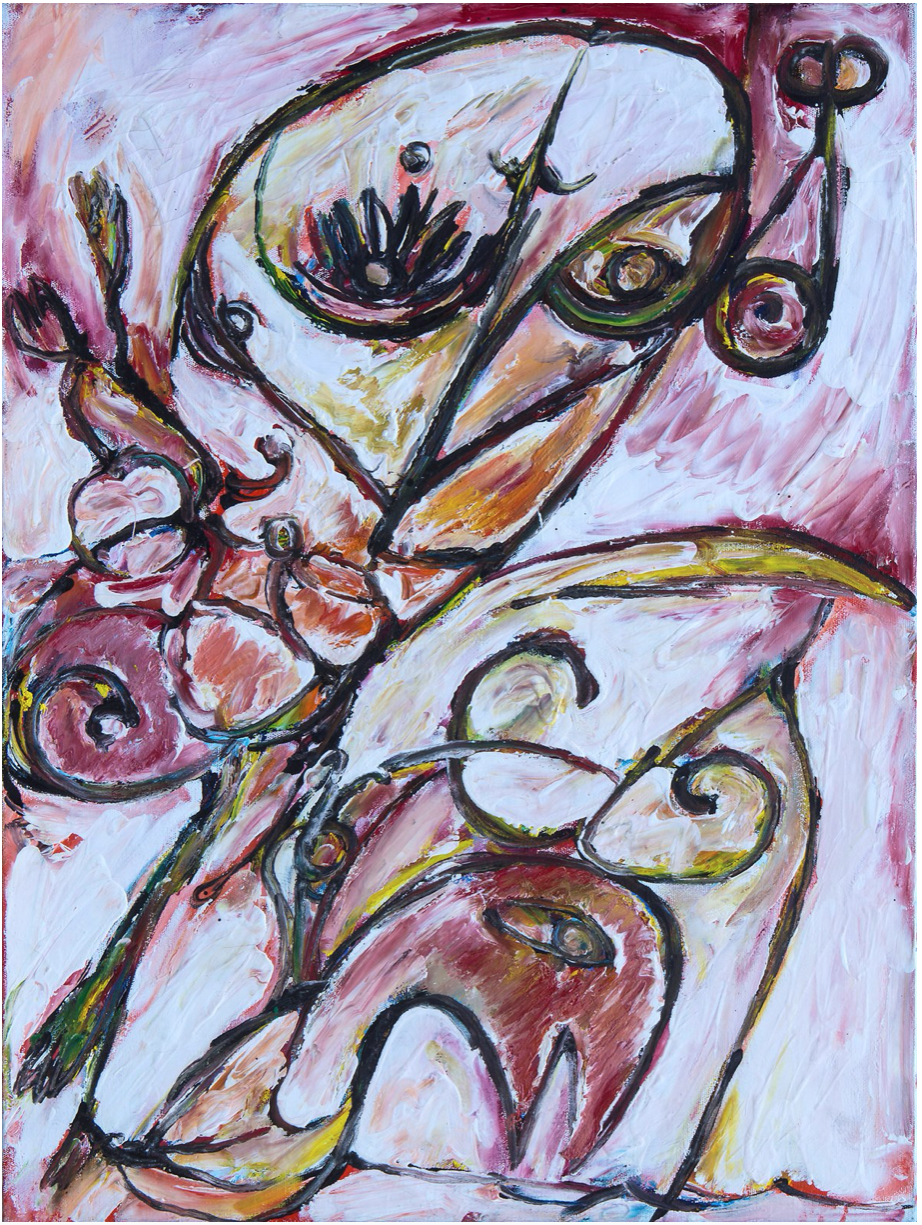 Signed and dated on the reverse 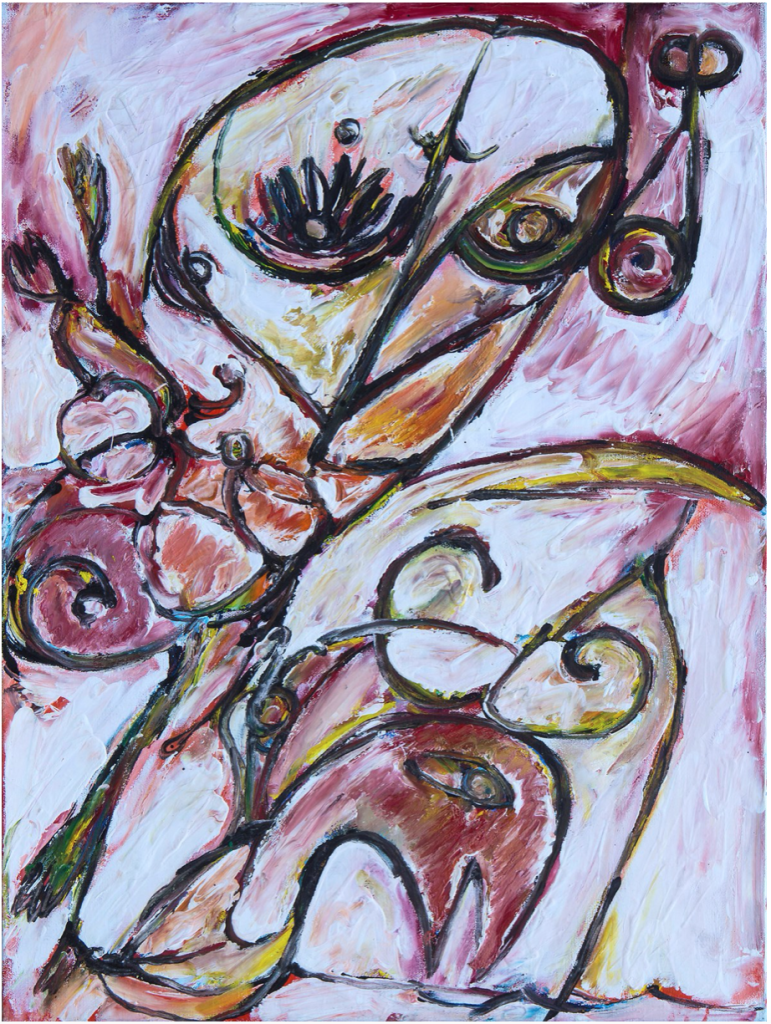 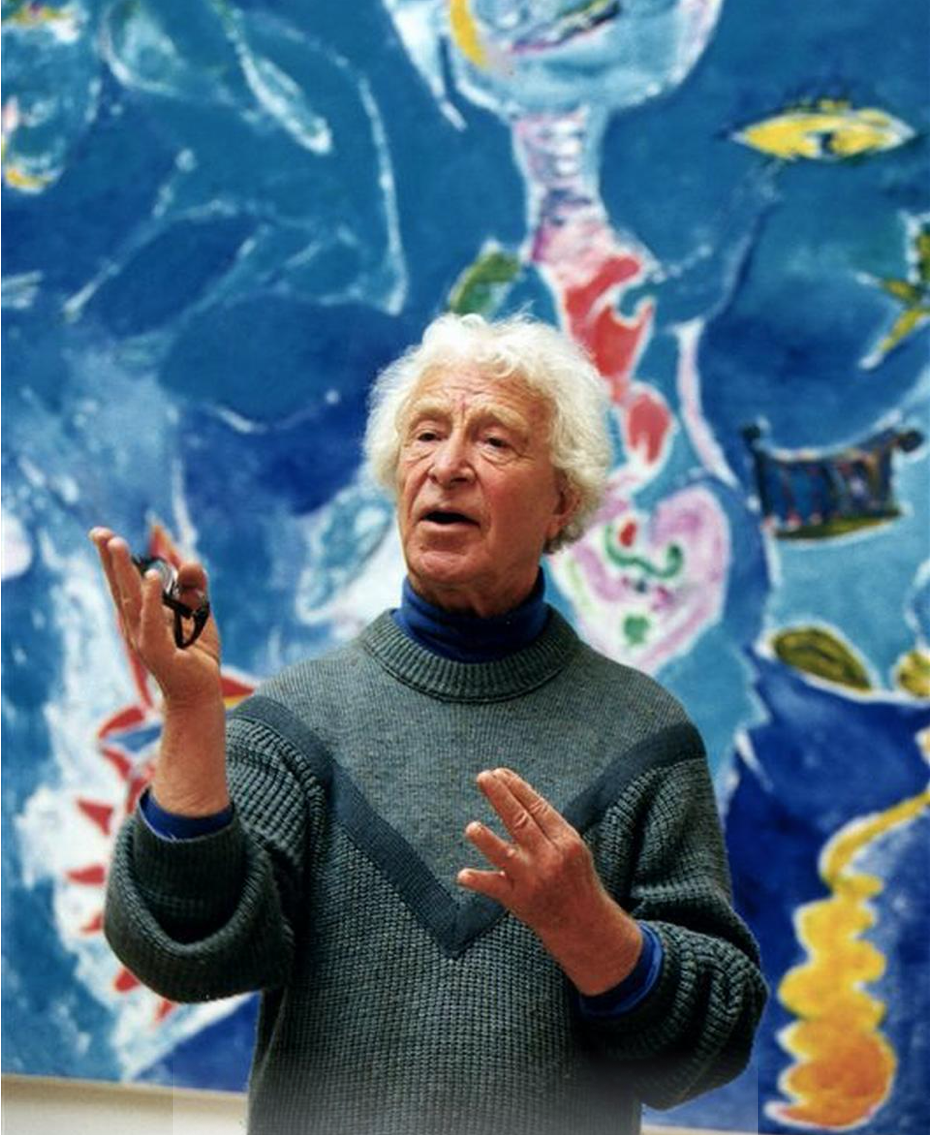 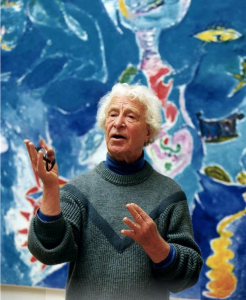 Carl-Henning Pedersen (1913-2007), Danish painter. After meeting the painter Else Alfelt (whom he married in 1934-74), Carl-Henning Pedersen decided to cultivate painting rather than music and literature; as an artist he was self-taught. He was early fascinated by Picasso and Paul Klee and was inspired by primitive art, frescoes and children’s drawings.

When he made his breakthrough in 1939 with an imaginative, spontaneous style, color was the main means of expression. Carl-Henning Pedersen was in 1941-44 in the circle around the magazine Helhesten and a member of the Autumn Exhibition 1942-50, just as he with his poetic and imaginative style naturally slipped into the Cobra group 1948-51.

During the war years, Carl-Henning Pedersen’s paintings were characterized by a dark-minded attitude to color and an oppressive, anxious content. But after 1945, a change is seen towards a brighter, colorful world populated by fabulous animals, birds and horses, which together with suns, stars, ships and castles float weightlessly around in a fantastic, cosmic space.

His world of motifs springs from fables, fairy tales and myths, and a series of large canvases from the 1950s with the common name Legends are characteristic of his unique universe, where the basic conditions of life are themed.

Carl-Henning Pedersen has also made a number of large decorations, including the mosaic Cosmic Sea to H.C. Ørsted Institute in Copenhagen (1960-65), the painted stoneware wall The fantasy of the wheel of life in Herning Art Museum’s inner round courtyard (1966-68) and the stained glass window The Light of Freedom for the Freedom Museum (1982-83); the controversial decoration of Ribe Cathedral consists of both frescoes, mosaics and stained glass windows (1983-88). A significant part of Carl-Henning Pedersen’s work consists of a large number of watercolors, drawings and graphic works, and he published several illustrated collections of poems.

In 1976, Carl-Henning Pedersen and Else Alfelt’s Museum in Herning were inaugurated; it was built by C.F. Mills to accommodate works by the two artists and decorated by Carl-Henning Pedersen with ceramic tiles on the outside, mosaics on the inside. He received a number of awards: the Eckersberg Medal in 1963, the Thorvaldsen Medal in 1963 and among the foreign Guggenheim Prize in 1958 and the Prince Eugene Medal in 1980.